Most Extravagant Engagement Rings Ever 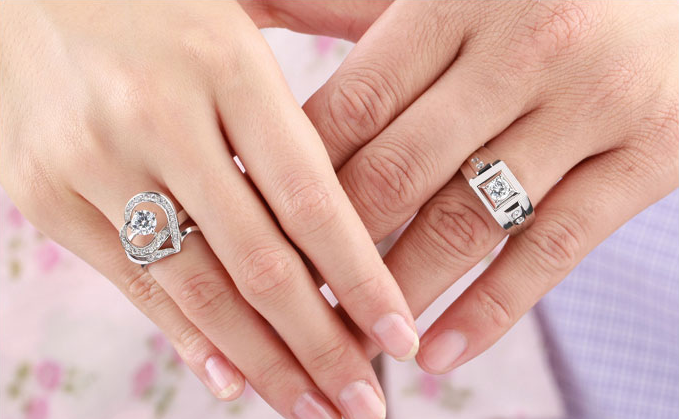 The right person for you will say yes to your proposal regardless of the ring you buy. However, this does not mean you should cut any corners. An engagement ring is a perfect opportunity to show off and celebrate your love with absolute luxury. Since 1477, when Archduke Maximillian of Austria had a special ring made for his beloved Mary of Burgundy, people have gone to great lengths to create decadent and beguiling jewellery to accompany their proposal. Here are some examples:

Given by, now husband, Jay-Z, the 18-carat diamond is estimated to be worth around $5,000,000. It was designed by infamous celebrity jeweller Lorraine Schwartz who went on to design multiple items for the couple, including a ring to commemorate the birth of their child, Blue Ivy.

While yet to be used an engagement ring, Apple designers Jony Ive and Marc Newsom designed a diamond ring that, quite literally, is entirely diamond. Responsibly mined and embellished with more facets than any other diamond in the world, this statement piece was auctioned for charity by Sotheby’s. It raised $256,000.

Despite their wedding never taking place, Mariah Carey was gifted an astonishing ring by her billionaire ex-fiancé, James Packer. Costing $2,000,000 dollars and boasting thirty-five carats, the ring has become iconic for its extravagance and is considered to contain one of the finest diamonds ever sculpted.

Renowned for their classic, timeless designs and luxury diamonds, Tiffany & Co. created An Important Diamond Ring, which is estimated to cost around $2,000,000. While all Tiffany engagement rings are held in high regard, the jewellers consider it to be the finest diamond they have ever sourced and designed.

The original Lorraine Schwartz engagement ring given by Kanye West to Kim Kardashian was famously stolen from them during a trip to Paris. Estimated to have been worth $5,000,000, Kim replaced it with a twenty-carat diamond from the same designer, reportedly worth double the value of the original.

One of the most notoriously unusual engagement rings came from King Edward VIII. Emeralds are seldom used in engagement rings due to their weakness, especially when compared to diamonds. However, the ring was not only made with a central emerald, but with a huge 19 carat stone and mounted onto a platinum band.

John F. Kennedy proposed to Jackie with one of the most iconic rings of the previous century. The design placed both an emerald and a diamond together, intertwining them in a set of open-halo diamonds. Known as one of the most stylish first ladies, the ring’s design was a perfect fit.

Brad Pitt worked for over a year with designer Robert Procop to make the sophisticated and elegant engagement ring. Alongside the central, emerald-cut diamond are smaller long-cut diamonds that make up the band and encircle the finger. While not the most expensive celebrity ring, it is certainly considered to be one of the most brilliant in design.

Prom Ideas 101: Follow These Tips For Your Prom Outfit!

Underrated Things That One Must Know About Custom Septum Jewelry

Christian Jewellery For Women along with the Family – Christian Religious…

Stylish Ways To Wear A Skirt

Maid-matron of honor Dresses for just about any Picture Perfect…

Dresses for Juniors Will be the New Fad